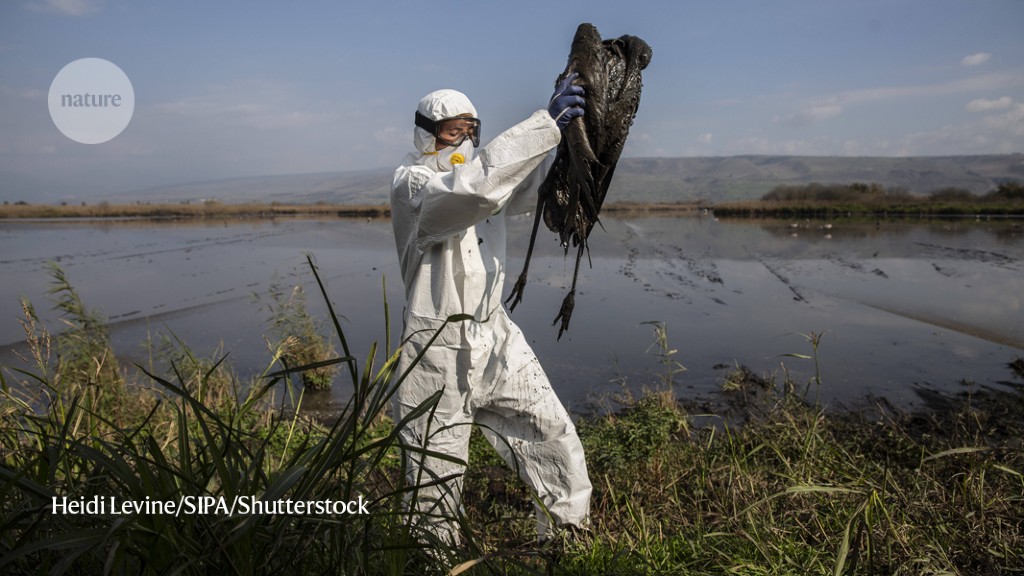 A highly infectious and deadly strain of avian influenza virus has infected tens of millions of poultry birds across Europe, Asia, Africa and North America. But scientists are particularly concerned about the unprecedented spread in wild birds — outbreaks pose a significant risk to vulnerable species, are hard to contain and increase the opportunity for the virus to spill over into people.

Since October, the H5N1 strain has caused nearly 3,000 outbreaks in poultry in dozens of countries. More than 77 million birds have been culled to curb the spread of the virus, which almost always causes severe disease or death in chickens. Another 400,000 non-poultry birds, such as wild birds, have also died in 2,600 outbreaks — twice the number reported during the last major wave, in 2016–17.

Researchers say that the virus seems to be spreading in wild birds more easily than ever before, making outbreaks particularly hard to contain. Wild birds help to transport the virus around the world, with their migration patterns determining when and where it will spread next. Regions in Asia and Europe will probably continue to see large outbreaks, and infections could creep into currently unaffected continents such as South America and Australia.

Although people can catch the virus, infections are uncommon. Only two cases have been reported since October, one each in the United Kingdom and the United States. But scientists are concerned that the high levels of virus circulating in bird populations mean that there are more opportunities for spillover into people. Avian influenza viruses change slowly over time, but the right mutation could make them more transmissible in people and other species, says Ian Barr, deputy director of the World Health Organization (WHO)-collaborating influenza centre at the Doherty Institute in Melbourne, Australia. “These viruses are like ticking time bombs,” he says. “Occasional infections are not an issue — it’s the gradual gaining of function of these viruses” that is the real concern, he says.

The highly pathogenic H5N1 strain emerged in commercial geese in Asia in around 1996, and spread in poultry throughout Europe and Africa in the early 2000s. By 2005, the strain was causing mass deaths in wild birds, first in East Asia and then in Europe. Since then, the strain has repeatedly infected wild birds in many parts of the world, says Andy Ramey, a research wildlife geneticist at the US Geological Survey Alaska Science Center in Anchorage. Through repeated spillovers, Ramey says, H5N1 seems to have become more adapted to wild birds. It’s “now become an emerging wildlife disease”, he says.

In 2014, a new highly pathogenic H5 lineage — called 2.3.4.4 — emerged and started infecting wild birds without always killing them. This created opportunities for the virus to spread to North America for the first time. The lineage has since dominated outbreaks around the world, including the current ones.

The virus affects some wild bird species more severely than others. For instance, some infected mallard ducks (Anas platyrhynchos) show no signs of disease, whereas the virus killed roughly 10% of the breeding population of barnacle geese (Branta leucopsis) in the Norwegian archipelago of Svalbard late last year and hundreds of Dalmatian pelicans (Pelecanus crispus) in Greece earlier this year. Wildlife researchers are trying to understand why the virus affects species differently. They are particularly concerned about the virus’s impact on vulnerable bird species with smaller populations or restricted geographic ranges, and species that are particularly susceptible to infection, such as whooping cranes (Grus americana) and emperor geese (Anser canagicus), Ramey says.

Ramey adds that only a fraction of cases in wild birds are diagnosed and reported. More monitoring could unveil the true magnitude of wild bird mortality, he says.

Better monitoring of infected wild birds could also help to alert poultry facilities to the risk of future outbreaks — although regions with large poultry or migratory bird populations are at high risk of further outbreaks no matter how good their surveillance is, says Keith Hamilton, head of the department for preparedness and resilience at the World Organisation for Animal Health.

Tracking disease in wild birds is resource-intensive and challenging owing to the sheer size of their populations, Hamilton says. He suggests targeted surveillance in areas more likely to encounter the virus, such as popular flyways or breeding grounds.

An effective vaccine for poultry could help to stem the spread, along with decreases in the number of birds in production facilities, says Michelle Wille, a wild-bird virologist at the University of Sydney in Australia. The poultry industry can also continue to improve biosecurity by restricting entry to facilities, protecting their water sources and decreasing contact between poultry and wild birds.

Although poultry populations can be culled to stop the spread of highly pathogenic avian influenza, researchers emphasize that wild birds should not be harmed to mitigate outbreaks. Killing wild birds to prevent further infections would not work because of the huge size and vast ranges of their populations, says Lina Awada, a veterinary epidemiologist at the World Organisation for Animal Health. It could even make the situation worse, because it would disrupt wild-bird movements and behaviours, helping the virus spread further, she says.

“The same way we shouldn’t be shooting bats because of coronavirus, the solution to this is not trying to kill wild birds,” Wille says.

Feds Warn of Bedrails That Can Entrap; 3 Deaths Reported

An Honest Review of the Levity Washable Ottoman