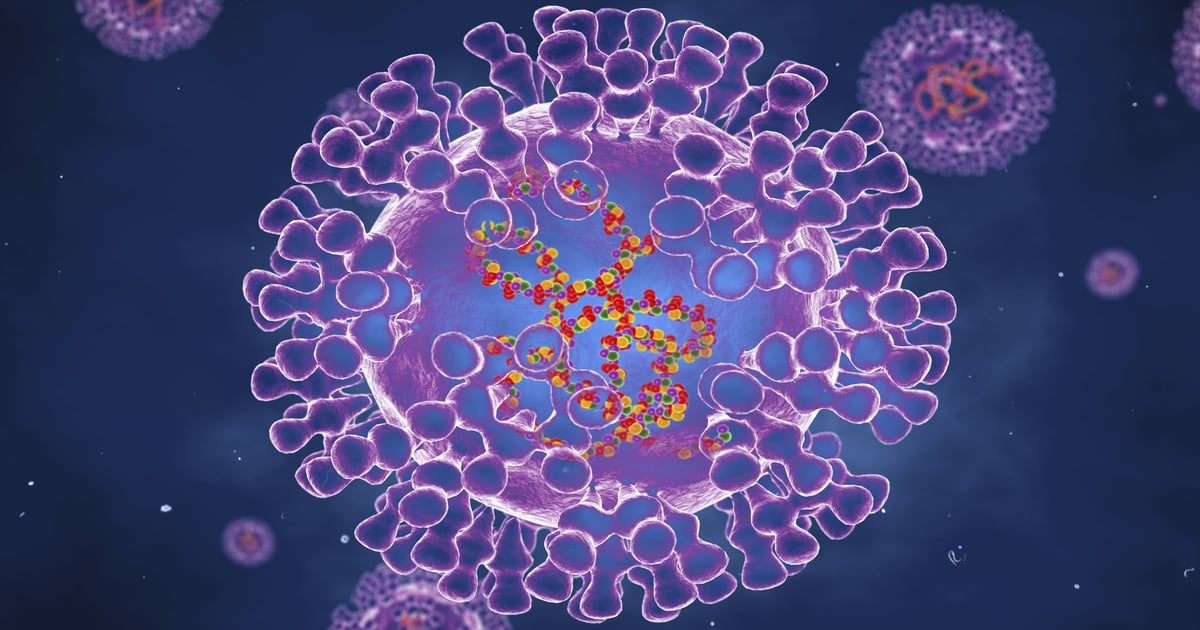 Several confirmed cases of monkeypox have been found in a few European countries (Spain, Italy, Portugal, and Sweden), Canada, the UK, and now the US — in Massachusetts and Florida. If you’ve never heard of monkeypox before, it’s because it’s a very rare disease found primarily in remote parts of central and western Africa. Monkeypox cases usually arise when people travel to those areas, but what’s different about this outbreak is that these recent cases appear to be spreading among people who didn’t travel to Africa. In a press conference on Monday, May 23, President Joe Biden reassured Americans that we shouldn’t be as worried as we were with the pandemic. “I just don’t think it rises to the level of the kind of concern that existed with COVID-19,” Biden said. Should a problem arise, the US has enough smallpox vaccines, which is what’s used to prevent monkeypox. But we still “should be careful,” he said.

“This [outbreak] is rare and unusual,” said Dr. Susan Hopkins, chief medical adviser of the UK Health Security Agency (UKHSA), but added that the risk to the general (UK) population remains low. People usually catch monkeypox from animals (a bite or scratch). From there, it’s possible to pass on the disease to other people through saliva from coughing or via contact with pus from the rash’s lesions or items such as clothing or bedding that’s contaminated with the virus. That being said, the infection rate is low, and in most cases, people who get monkeypox don’t pass it on to anyone else. According to the World Health Organization (WHO), “There is no evidence, to date, that person-to-person transmission alone can sustain monkeypox infections in the human population.”

But recent evidence shows a new possible route of transmission: through sexual contact. Although monkeypox is typically not spread through sex, most of the recent cases in the UK involve men who’ve had sex with other men. And since it can be spread through contact with bodily fluids, Hopkins added, “We are particularly urging men who are gay and bisexual to be aware of any unusual rashes or lesions and to contact a sexual health service without delay.”

Another cause for concern is that the cases in each country are not connected, so scientists are monitoring the outbreak to see if there are other methods of transmission that are causing the virus to spread faster. Here’s what you need to know.

Monkeypox is a viral disease that falls within the family of pox viruses, which includes smallpox and cowpox. Monkeypox was first discovered in 1958, according to the CDC, among colonies of monkeys that were being kept for research (hence the name), but monkeys aren’t major carriers. It’s usually found among rodents, like rats or squirrels. Those who trap or kill those kinds of animals that are known carriers are more at risk. The virus hadn’t spread to humans originally, but the first recorded human case was in 1970 in a 9-year-old boy living in a remote part of Congo.

What Are the Symptoms of Monkeypox?

According to the CDC, symptoms of monkeypox are similar to smallpox but are milder and include:

How Is Monkeypox Spread?

Despite the fact that recent cases of monkeypox have been spread sexually and predominantly among men having sex with other men, “anyone can spread monkeypox through contact with body fluids, monkeypox sores, or shared items (such as clothing and bedding) that have been contaminated with fluids or sores of a person with monkeypox,” per the CDC. “Monkeypox virus can also spread between people through respiratory droplets typically in a close setting, such as the same household or a healthcare setting.”

What Is Monkeypox Treatment?

Monkeypox symptoms last about two to four weeks, and most people will get over it without needing to be hospitalized. Unfortunately, it can be fatal for one in 10 people who get it, with more severe cases found in children.

Is There a Monkeypox Vaccine?

There is no vaccine for monkeypox exclusively. But the smallpox vaccine, under the brand name Jynneos in the US, is also licensed to prevent monkeypox. That being said, after smallpox was eradicated, countries stopped vaccinating children against smallpox. So younger populations who haven’t received the smallpox vaccine don’t have immunity against monkeypox either.

How Concerned Should You Be About Monkeypox?

Ultimately, monkeypox is pretty rare and not easily transmissible between humans. Experts are keeping an eye on the transmission rates of this recent outbreak. Health officials are mainly concerned with stopping the spread and are confident this outbreak can be controlled.

How to Potty Train an Adult Dog

How I Fight Internalized Ableism With Self-Kindness

How to Maximize Muscle Recovery For Your Body –