Home Lifestyle These Young Athletes Are Changing the World of Skateboarding 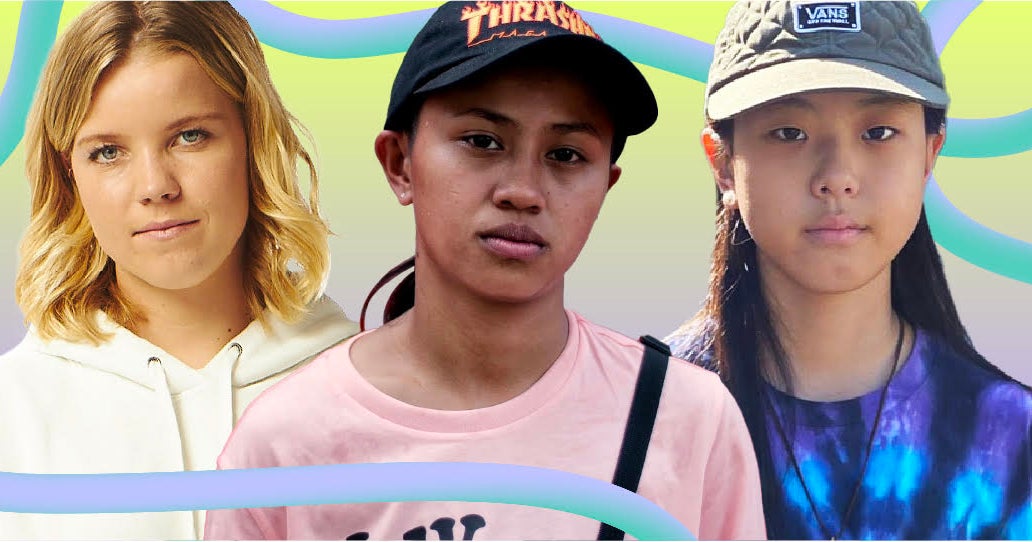 Skateboarding has come a long way in recent years. We see it in the way the sport has moved from counterculture to mainstream, highlighted by its inclusion in the 2020 Summer Olympics in Tokyo. It’s also reflected in the designs of today’s skateboards and the complexity of modern-day tricks.

But the growing popularity of skateboarding is arguably best symbolized by the diversity of athletes who represent it. Once a male-dominated sport, at least from a public, forward-facing perspective, skateboarding has grown increasingly inclusive, with the women’s categories of the 2020 Summer Olympics featuring some of the youngest and most diverse competitors at the event, including openly LGBTQ+ athletes.

As more people from different backgrounds participate in and push the boundaries of the sport, skateboarding will continue to evolve—with new technologies to support that evolution. Google, for example, has created a new skateboarding machine learning tool called Project Skate that allows skateboarders to measure the speed, height, and rotation of tricks to help them assess performance with data. A tool like this, coupled with the passion of the new generation, will pave the way for a new era of skateboarding—one that is more inclusive, competitive, and accessible for all.

Ahead, we spoke to three pro-skateboarders who have helped shred stereotypes and push the sport forward, asking them about the community, inclusivity, and their hopes for the future of skateboarding.

Do you think it’s easier for anyone to join the skateboarding community now?

How can skateboarding become more inclusive?

I think it’s important to understand the roots of skate culture. Recently, especially in Japan, skateboarding has become more competitive. For me, skateboarding is something you should be able to have fun with. For example, you can be playful skating and taking photos of each other. I wish that aspect of the sport would spread more. I think it will encourage more people to have fun with skateboarding outside of competitions. I really want all types of people to join in.

Who are some of the skateboarders who inspire you to be better?

There’s Lizzie Armanto, CJ Collins, and Nora Vasconcellos. I like them because they all skate in their own style, and I’m motivated by skating with different people with different skate styles. It’s also exciting to see different kinds of tricks.

What does the skateboarding community mean to you as a queer person?
Skateboarding helped me come out. I think because the sport is so different, it attracts a lot of artistic and non-traditional people who are really cool and express themselves in completely different ways. I grew up with a lot of queer friends, and half of the girls and skateboarders who I looked up to were queer, so it always felt like a really safe space. Through skateboarding, I had such amazing friends and was part of this really wonderful community of people who were all so confident in themselves. It just made me so OK with coming out and discovering who I was. If I weren’t a skateboarder, I don’t even know if I would’ve come out yet.

What could help make skateboarding more inclusive?
I get so excited when a new video comes up that features all-girl skateboarders and non-traditional skateboarders. It inspires me to get out and skate. Sponsors need to be inclusive and include some of these skateboarders who, five or 10 years ago, would have not been looked at in their marketing campaigns. For a long time, all these skateboarding companies would have their one token girl. It would be nearly impossible for girls to make a living out of skateboarding, whether through films or magazine features, especially if they don’t want to compete. But now, it’s starting to get there. Companies just need to be more inclusive.

What can future generations look forward to as the sport evolves?
I’m definitely hoping that future generations can look forward to more opportunities and inclusivity, whether it’s events and competitions, or more sponsorships that give us something to work towards. I’m looking forward to skateboarding becoming more inclusive in general, with more non-traditional women coming up and bigger communities of people to support each other.

What would you say to aspiring skateboarders who may be struggling to start?

If you skate, it’s not like you’ll land a trick 100 percent of the time. Skateboarding is 99 percent falling before you land anything. If you think about it that way, then you’re free to just try it. Everyone was a beginner at some point. That’s how we all start.

What can future generations look forward to as the sport evolves?

In general, I hope that we support all kinds of athletes—not just athletes who are trending, but also those who are underrated. I hope that we can also build more skateparks in the Philippines. It’s extremely difficult to skateboard if there’s no place to do it. Coming from downtown Cebu, I didn’t have the resources to train properly. I didn’t even have an ID to get myself a passport so I could compete internationally. There are many good skateboarders in the Philippines—if only they had the resources to access better opportunities.

The evolution of skateboarding is shaped by the successes of young athletes. As more girls, women, and members of the LGBTQ+ community participate in and excel at the sport, the more it grows. That’s why brands like Google are working to create ways to even the playing field. Initiatives and data-driven technology like Project Skate can enable people to showcase and develop their skills, helping sports like skateboarding continue to grow.

Interviews have been edited for length and clarity.

Like what you see? How about some more R29 goodness, right here?

What is at Stake for Medicaid in Supreme Court Case Health & Hospital Corp...

Real-Time Payments On the Rise in the U.S.

Mental mapping, and the tragedy of water access: Books in brief

A new kind of metric in medicine