Home Lifestyle Running Up That Hill To Rank the Best ‘Stranger Things 4’ Needle... 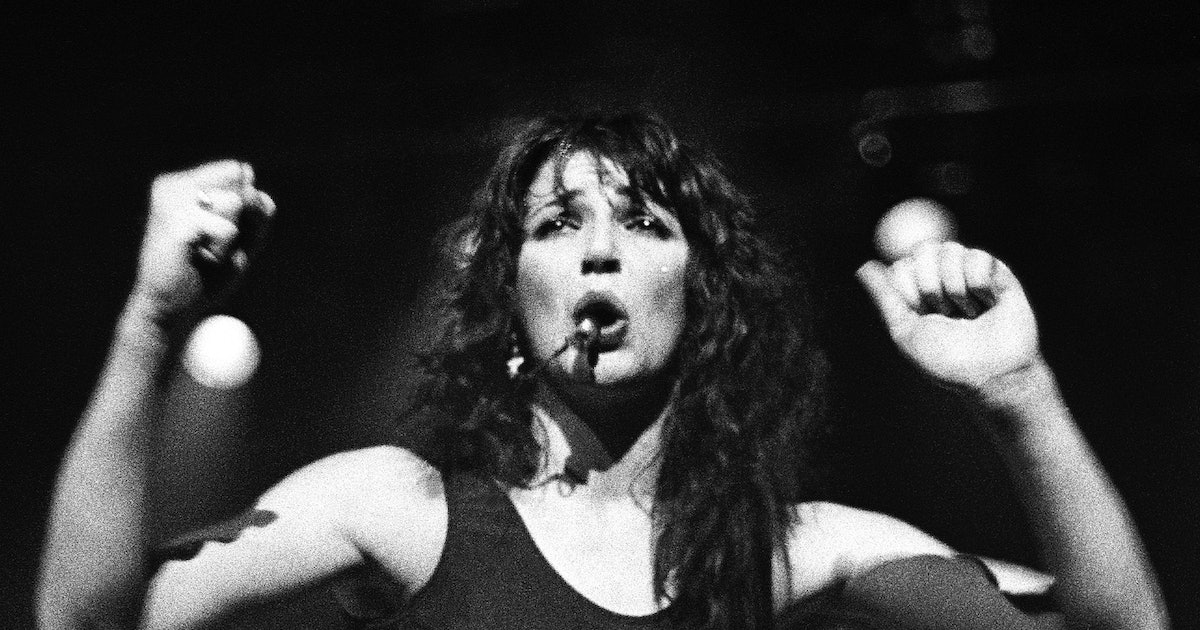 Netflix finally, finally, finally began streaming Stranger Things Season 4 Volume 1, and the best news is easily the soundtrack. Like previous seasons of Stranger Things, old-school needle drops are the name of the game here. We’re going to go out on a limb here and declare that the Season 4 soundtrack is tied with the Season 3 soundtrack as the show’s best. That’s a mighty rowdy statement since the Season 3 soundtrack included “Neutron Dance,” “Lovergirl,” “Things Can Only Get Better,” “My Bologna,” “Never Surrender,” “Material Girl,” and “Never Ending Story,” with that last one performed – brilliantly and hysterically — by Dusty-Bun/Dustin (Gaten Matarazzo) and Suzie-poo/Suzie (Gabriella Pizzolo).

But there are a lot of great tracks in Stranger Things Season 4 Volume 1, and some of the albums those songs come from are even better. So, get out the record player (or Spotify playlist), and let’s take a look at the very best needle drops from Stranger Things 4. No major Stranger Thing spoilers ahead.

12. Louis Armstrong “Dream a Little Dream of Me”

Written in 1931, “Dream a Little Dream” has been covered dozens of times by everyone from The Mamas and the Papas, Nat King Cole, and Michael Buble to Eddie Vedder, Doris Day, and Dean Martin. The original version was recorded by Ozzie Nelson and his Orchestra (with vocals by Nelson). The Stranger Things 4 soundtrack features the sublime version by Louis Armstrong and Ella Fitzgerald, who blend their respective talents seamlessly. It’s worth mentioning that the soundtrack also includes the song “Traveling Man,” by Ricky Nelson, who was Ozzie Nelson’s son.

If you’re into glam metal/hard rock, this one’s for you. Extreme released the song on their 1989 album, “Extreme.” It’s a serviceable headbanger. If you think you’ve heard it before in a movie, you’d be right. It was also on the Bill & Ted’s Excellent Adventure soundtrack.

Take one of Journey’s most bombastic songs and make it bombastic-er. That seems to be the mission undertaken by Bryce Miller/Alloy Track, and call it mission accomplished. If your ears sense that the Stranger Things score has been threaded into the mix through the tune’s 2-minute and 46-second running time, that’s apparently the case.

So, this is a Reggae song about passing around a joint, as sung by a group of British-Jamaican teenagers, and it was a worldwide hit. Well, stranger things have happened. All the drug references from the song that inspired it, “Pass the Kouchie,” were cut. Dutchie is a Dutch oven! But that didn’t fool anyone.

8. Starpoint “Object of My Desire”

A straightforward dance-pop-funk number by the band Starpoint, “Object of My Desire” is an unabashed make-out song. It’s loud, infectious, and, best of all, isn’t so overplayed on ‘80s stations that you immediately jump to the next track 10 seconds into it playing. A sweet re-discovery.

7. The Cramps “I Was a Teenage Werewolf”

Speaking of giving off Stranger Things vibes, this punk/psychobilly rocker from The Cramps sounds as if they had a crystal ball and could see into the future from 1980, when the song was released, to now, when it fits the soundtrack like a glove. “Werewolf” is all smashing drums and blaring guitars that go on for three propulsive minutes, versus the in-and-out two minutes of most punk songs of its era. Have to be honest and say I’d never heard it before, and it’s now in my playlist.

This classic was first released in 1977, on the group’s debut album. It’s a creepy number with an unforgettable bass line, and some French lyrics, and it definitely gives off the proper Stranger Things vibes. What people tend to forget is that the rest of the very first Talking Heads album is great, too!

Most singers from foreign lands don’t sound particularly foreign when they perform, but Dead or Alive lead singer Pete Burns (who died in 2016) always sounded very British. This song is on a par with “Rock Me Amadeus” when it comes to pure catchiness, but it’s a bit less kitschy than the Falco tune, making it a tad less fun.

3. The Mamas and the Papa’s “California Dreamin'”

So, this is interesting. Great song. Absolutely immortal. The Stranger Things playlist features the Beach Boys 1986 rendition of it, while the first episode of the first half of the show’s fourth season actually makes us of the Mamas and the Papas’ version. Both are excellent, but the Mamas and the Papas give it more of a haunting edge that works great for a montage sequence early in the first episode of Season 4.

This is up there with the catchiest, most nonsensical songs ever released. No one, especially in the United States, understood what it was about, why it blended German and English lyrics, or who Falco was, but it reached #1 on the Billboard chart in 1986. We dare you not to sing along each time Falco — who sadly died in a car crash in 1998 at the age of 40 — gets to the chorus.

1. Kate Bush “Running Up That Hill

Yeah, this song is the best. No one has a voice like Kate Bush, and if the current fresh bump of sales and publicity inspires her to record or tour again, then thank you, Duffer Brothers. “Running Up That Hill” is classic Bush, which means it’s ethereal power pop with a literary flair and a long-running time (“Running” runs five minutes-plus.) Fun fact, Big Boi — one-half of Outkast — has repeatedly suggested a Kate Bush collaboration is in the works. His Kate Bush fandom is well known, and he even mentioned it to Fatherly back in 2019. The point? If the younger crowd has been sleeping on Kate Bush, that’s okay. We now welcome them to a larger world.

Also, right after Stranger Things, 4 hit Netflix, this song skyrocketed on music streamers like Spotify. So yes, we’re back in the Kate Bush renaissance.

10 of the Best Farmers’ Markets in Canada

Annual Health Care Costs Rise by $2,000 for Americans Who Vape

6 Creative Ways to Get More Exercise Daily When Short on Time – IronMag...