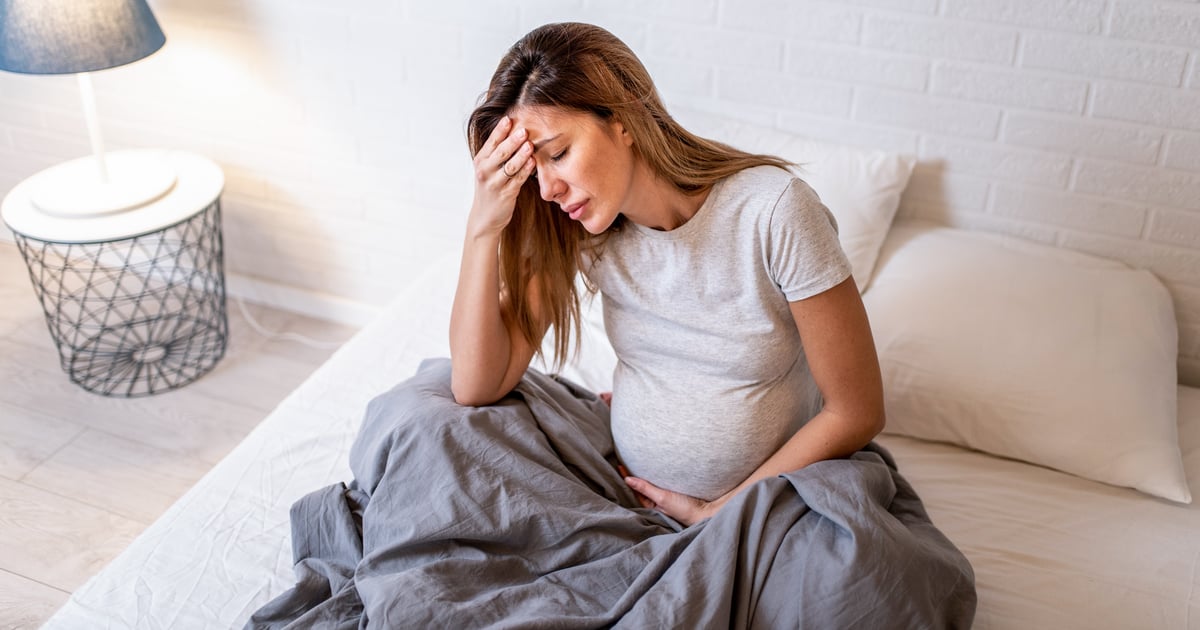 Pregnancy comes with a whole host of side effects, from nausea and vomiting to swelling and sleep loss. But one pregnancy symptom you don’t hear much about, despite it being exceedingly common, is something called lightning crotch. Sounds scary, right? When it happens, it can be. Lightning crotch is an unexpected twinge in the vaginal or pelvic region, or rectum, that can leave you in a brief state of pain and discomfort. Although it can feel shocking, the phenomenon isn’t actually dangerous — and, unfortunately, it’s a fairly normal part of pregnancy. Up to 30% of pregnant women will experience lightning crotch, according to The Journal of the Canadian Chiropractic Association. Here’s everything you need to know about the lightning crotch, and how to find relief.

What is lightning crotch?

Lightning crotch isn’t a medical term, notes Carolyn Moyers, MD, a board-certified OBGYN who specializes in pregnancy pain treatment. Still, plenty of expectant mothers use the term colloquially to describe the sudden sharp, shooting sensation. “Women describe it as an electric bolt or twinge that shoots into the vaginal region. And it’s usually in the third trimester, toward the end of the pregnancy,” says Dr. Moyers.

What causes or triggers lightning crotch?

Experts aren’t sure what causes lightning crotch, but Dr. Moyers says the pain could be triggered by the pressure of the baby. “We’ve got a lot of pressure and discomfort going on with the female anatomy as our center of gravity shifts forward,” says Dr. Moyers. “We get a strain on those lumbar muscles in the back, and our abdominal muscles being stretched and our pelvic floor muscles with this increase in pressure.” And sometimes that pressure can result in pain that feels like a strong jab, electric shock, burning, or pins and needles.

How long does lightning crotch last?

According to Dr. Moyers the pain can last anywhere between a few seconds to a few minutes. The pain can also occur multiple times throughout the day and often without warning.

What’s the difference between lightning crotch pain and other pregnancy or pelvic pain? When should you see a doctor?

Lightning crotch pain is characterized as a quick, electric shock that remedies itself within seconds or minutes and is therefore of “no concern,” says Dr. Moyers. That being said, there are a few other pregnancy pains that could be mistaken for lightening crotch: round ligament pain, which Dr. Moyers describes as a pulling sensation in the lower abdomen and pelvic area; sciatic pain, which usually occurs towards the back of the pelvis, near the rectum area and can radiate down the leg; and varicose veins in the vulva, which can cause pressure and heaviness in that area.

If you’re not sure which one you’re experiencing, consult your doctor, especially if the pain is persistent. “If you have persistent pain, then you’ve got to get checked out immediately,” says Dr. Moyers. More serious and persistent pelvic pain has been associated with conditions like placental abruption, pre-term labor, and bladder or kidney infections, she says, and those aren’t conditions that you want to leave unaddressed.

How do you treat lightning crotch?

“Sometimes nothing works,” says Dr. Moyers. But there’s no harm in trying. Too often women are told “yes, it’s hard being pregnant…basically, suck it up. And that’s really frustrating,” she says. “But there definitely are options for treatment.”

Dr. Moyers, having done a neuro-musculoskeletal medicine fellowship, specializes in therapeutic treatments for back and pelvic pain in pregnancy and postpartum. Her go-to recommendations include chiropractic adjustment, seeing an osteopathic physician, and relying on position changes to move baby off the nerves that may be triggering your pain. Squatting positions and yoga are great for relief, says Dr. Moyers. She also swears by belly bands to redistribute the weight and lighten the load on the pelvis. Dr. Moyers fits moms for belly bands at her office. You can ask your OBGYN if they can do the same for you or recommend you to someone who can.

how foreign researchers can fight back