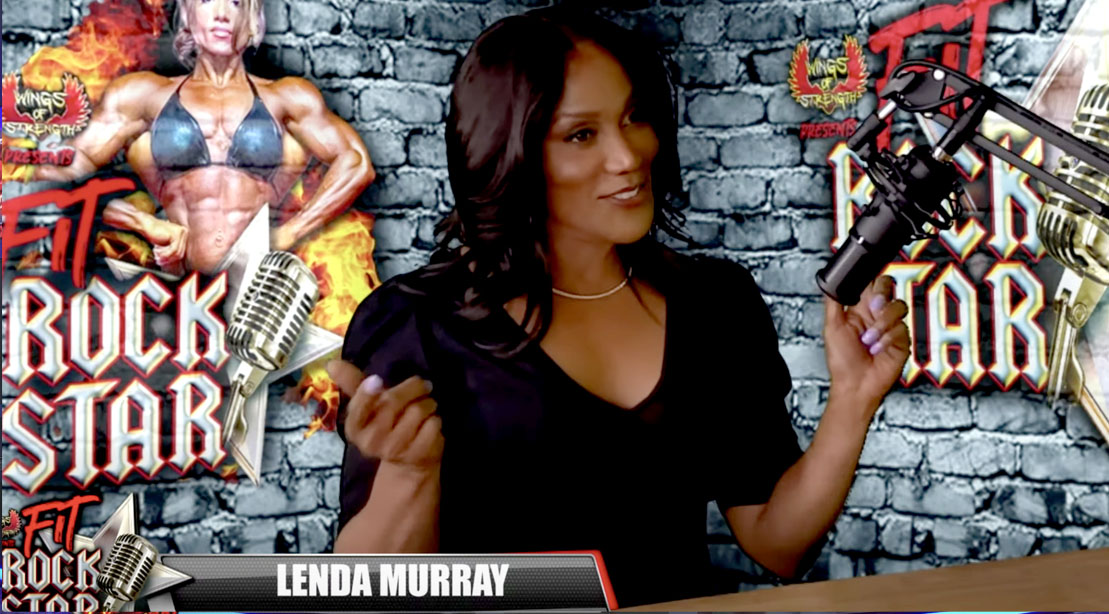 There are a few people in bodybuilding whose name represents royalty in a sense. Schwarzenegger, Haney, and Coleman may be a few names to come to mind. Another such name is Murray, as in Lenda Murray. Many fans and people still associate her with women’s bodybuilding, and for good reason. She is still involved with the sport as a promoter and commentator on shows such as Femme Flex Friday.

Lenda Murray joined Isabelle Turell on the Fit Rockstar show, and she spoke about the difficulty of competing at the highest level.

“I really think it is an inside job. I think we all handle it in different ways,” Murray said. “It’s a different aspect of what most extreme athletes, whether it’s track and field athletes or whatever, and you reach that level. For us, our extreme takes place on the body. So, people can see it.”

Murray understood that even though the name on the marquee was “bodybuilding,” it was about much more than the physicality of preparing and competing. There was a mental component, especially as the contest draws near, and she found that it wasn’t an easy process to say the least.

“When you get in the final phases, that’s when the mind and you allowing your body to go where it needs to go in order for you to win, I think that was what was challenging to me.”

In the mid 2010’s bodybuilding wasn’t as prominent because it was excluded from the Olympia. In stepped then new Olympia owner Jake Wood, and the Ms. Olympia made its return. Murray felt that the presence of Ms. Olympia was important, and that title is a big part of how successful the entire women’s side of the sport is.

“Bodybuilding, we are the beginning, and we laid the foundation for you,” Murray told Turell proudly. When she sees a champion such as Andrea Shaw standing atop the division, she is pleased to know that the sport itself is going the way it is.

“We are definitely back on track, I feel,” she explained. “Because of women’s bodybuilding, this sport is really flourishing in all the other divisions. So, they’ve greatly benefited.”

Catch the entire episode of The Fit Rockstar Show with Murray as the guest over at www.wingsofstrength.net.

The Importance of Body Positivity