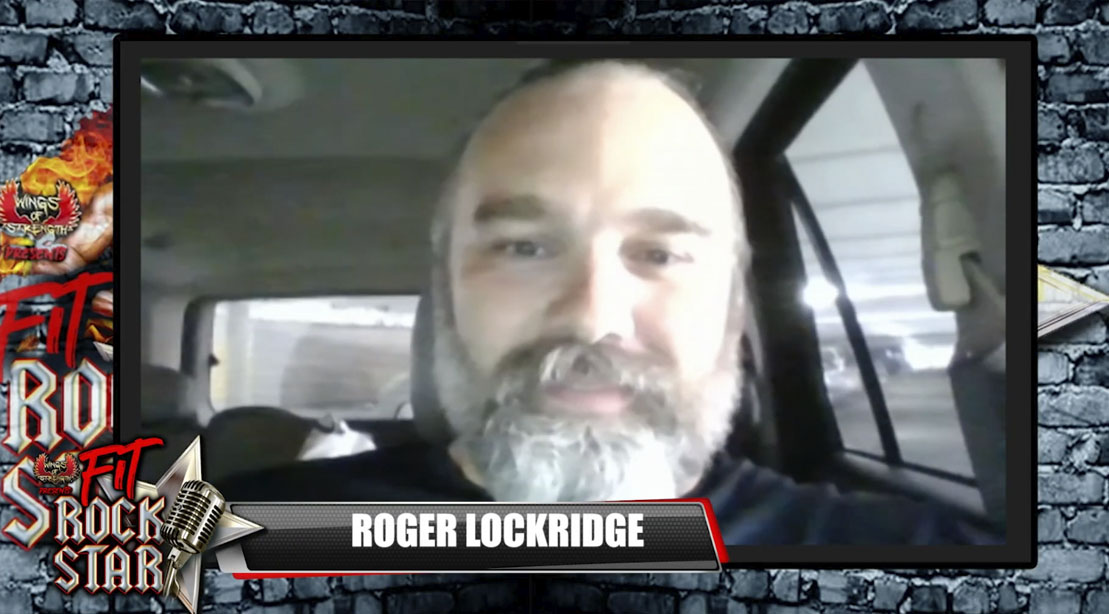 Fit Rockstar Show host Isabelle Turell has had several notable guests on her show. Names you may recognize include eight-time Ms. Olympia Lenda Murray, two-time and reigning Ms. Olympia Andrea Shaw, Olympia 212 champion Shaun Clarida, and 2021 Arnold Classic winner Nick Walker, among others. Her most recent guest may not be as familiar to the majority of her fans, but there was a very important reason she had him on.

Roger Lockridge is a contributing writer for Muscle & Fitness, and he’s been writing in the fitness industry for over 13 years. He also had his own personal transformation that received some attention over the years. He told Turell that his connection to fitness came from needing an outlet to overcome a rough upbringing.

“My childhood, for a lack of a better word, sucked,” Lockridge said. “I grew up in a home with two alcoholic parents, and there were many domestic violence incidents. I was also bullied in school a lot.”

Lockridge’s family were held at gunpoint one night by his father, who was intoxicated at the time, but they managed to leave the home and stay at a local shelter. He specifically mentioned what is known as childhood domestic violence. While the children themselves may not be abused physically, they are still in the home when violence occurred, and they are in danger as well. After Lockridge shared his experience, Turell then revealed that she, herself, is a survivor as well. This was something she had never shared until now.

“My grandmother’s son pulled a gun on my grandfather. I was 10 years old at the time,” the 2008 NPC USA women’s bodybuilding champion revealed. “He was drunk and high. I didn’t even know how to react.”

Turell went on to say that she actually stepped in front of her grandfather asking the gunman to shoot her instead. The incident had affected Turell for the rest of her life, and she needed an outlet to help her cope. Both Lockridge and Turell credited fitness for helping them channel their pain into a passion.

“It was an aggressive way for me to relieve that stress without negatively hurting anyone else,” Lockridge explained. Turell also disclosed that her experience has helped shape the way she lives now.

“I took all that, and there were other things that happened too, and I use it in a positive light. It actually made me the kind person that I am today. What I went through was very traumatizing, and I never want to see anyone go through something like that.”

Turell and Lockridge shared more about childhood domestic violence, Lockridge’s experience telling his story as a teenager, career in advocacy for other victims and survivors, and his work in fitness and strength sports thus far. Go to www.wingsofstrength.com to see this and every episode of The Fit Rockstar Show. Remember to follow @fitrockstarshow on Instagram as well.

How do I lead authentically in a competitive culture?