Home Lifestyle Is Your Pursuit of Wealth Unhealthy? 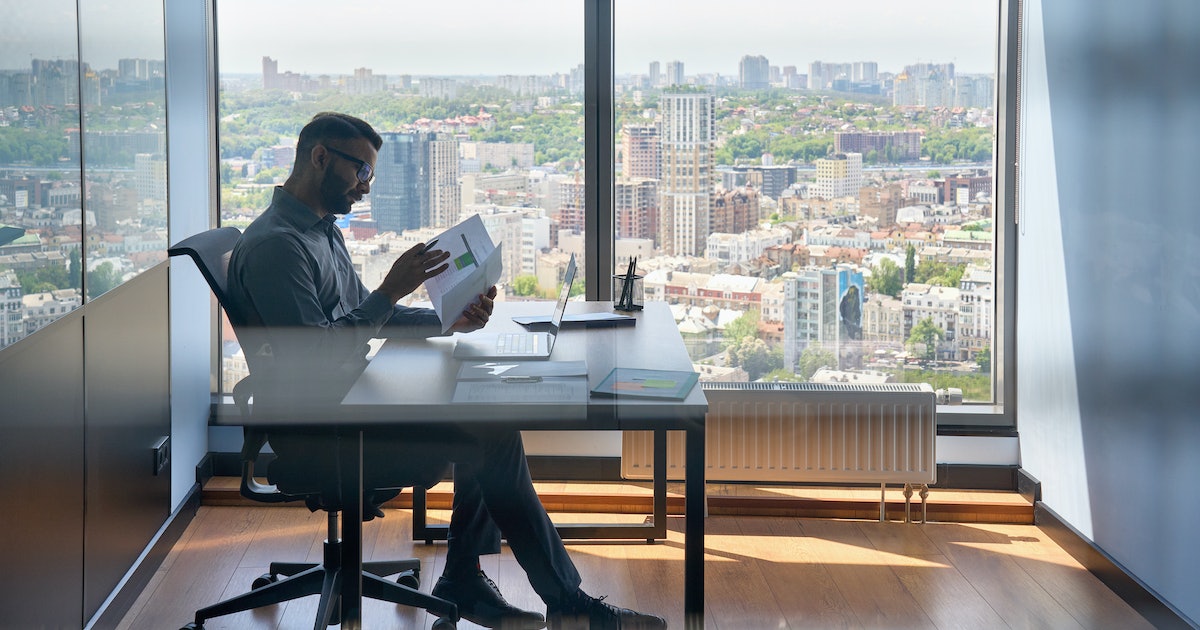 As vital as it is to nurture your kids’ emotional and developmental needs, much of being a parent is providing the basic necessities of life — the roof over their head, the clothes on their backs, the food on the table. And that, of course, requires a staggering amount of cash.

According to the U.S. Department of Agriculture, a typical middle-class couple will spend $233,610 raising each child through age 17. It’s little wonder, then, that the typical 40-hour workweek simply isn’t enough for many families today. In fact, the Census Bureau finds that 43% of children live in households where parents work beyond the standard Monday through Friday schedule.

But the quest for wealth isn’t always a matter of sheer need, either. While many parents are working overtime or creating side hustles to give their family a better life, experts say there are those for whom the accumulation of money becomes an end in itself. No amount of investment assets or material possessions seems to be enough.

When does making money cross the line from responsible parenting to a toxic habit? For Leon Seltzer, a clinical psychologist in Del Mar, California, it’s about reaching a point where your relationships suffer because you’re spending too many extra hours trying to chase a new account at work or trading stocks on your iPhone.

“An unhealthy attachment would be suggested by putting a higher priority on pursuing wealth than more meaningful pursuits like making good friendships, family or achieving goals that would be more spiritually fulfilling,” says Seltzer, who writes the blog “Evolution of the Self” for Psychology Today.

Psychologists often classify the preoccupation with wealth as a “process addiction,” a category that also includes a fixation on gambling, sex, or even exercise (though the psychiatric bible, the Diagnostic and Statistical Manual, doesn’t specifically outline a “wealth addiction”).

It’s not a diagnosis triggered by an arbitrary net worth figure or brokerage balance but rather how it affects your emotional well-being and your relationships. “What turns habits into addictions is their compulsive and harmful nature,” says Stanton Peele, a Brooklyn-based psychologist. “For example, if someone is accumulating wealth yet they’re spending all their time apart from their children, we are entering the realm of addiction.”

One of the hallmarks of an unhealthy obsession with financial success is the single-mindedness that accompanies that hunt. “It’s a ‘winning’ that’s ultimately about losing, particularly since no amount of wealth will be enough if the pursuit becomes about producing dopamine in order to feel pleasure and be motivated to action,” Seltzer says.

Family and friends take a back seat and even become an obstacle toward the larger goal of building financial assets. “It’s impossible to ‘be there’ for anyone else if you’re preoccupied with the pursuit of wealth,” Seltzer adds. “It can’t not affect your relationships, and it certainly won’t affect them positively.”

Fundamentally, what’s driving that unyielding drive for more money, Seltzer suggests, is the need to treat deep-seated insecurity, albeit using the wrong medicine. Any number of factors can give birth to those self-doubts. For some, it’s a sense from friends and family, or even the media, that you’re somehow not good enough. You need to prove yourself by becoming rich, he says.

Those feelings of inadequacy can be particularly painful if you grew up in a neighborhood where everyone else seemed to enjoy greater financial success. Says Seltzer: “You may have felt inferior, and decided that you could only compete with others by financially being on par with them.”

As with chemical dependencies, Peele says process addictions like wealth can be a way to mask those perceived shortcomings. The problem is that those compulsive pursuits bring a fleeting moment of pleasure that gives way to even greater feelings of guilt or sadness. “Whatever you’re trying to avoid is getting worse,” says Peele, whose online Life Process Program helps clients overcome various addictions.

Creating a Healthier Relationship with Money

Of course, for some parents, whether there’s a problem to begin with may not appear so black-and-white. Peele says there’s a remarkably simple way to find out — actually ask the people you love if they feel neglected by you. If your spouse or your kids can comfortably say ‘no,’ he says, it’s a pretty good sign you’re doing okay.

And if their response isn’t quite as affirming? It’s time to start the challenging process of forging a healthier relationship with money.

Like other harmful behaviors, setting up certain guardrails can help. Is a stock-trading app continually pulling you in? Uninstall it from your phone. Are you working 70 hours a week so you can pull in money above and beyond what your family truly needs? Give yourself a cut-off time each day — or quit working on Sundays entirely — so you can spend more time with family.

But true healing ultimately involves refocusing on the priorities that you pushed aside in order to bring in more income certainly helps, notes Peele. That means working on relationships with your family and your wider community. “The better anchored you are in the reality of your life, the less likely you are to be drawn into an obsessive focus on anything,” he says.

Seltzer contends that parents also have to address the underlying causes behind their compulsion, which typically requires outside help. A qualified therapist can help the client better understand their insecurities and recognize that money is not really getting them what they were missing. “We all need to get to the point of unconditional self-acceptance to be truly happy,” he says.

Meet The Founders – Q&A With Ulf Kuhn, CEO and Founder of Glambu

Idaho is opting out of a federal program that tracks teen behavior as youth...

An Honest Review of Hoka Bondi 8 Before You Buy

Amedisys, Contessa Team Up With University Of Arkansas To Offer In-Home Care Services