Home Lifestyle How to Support a Woman After a Miscarriage 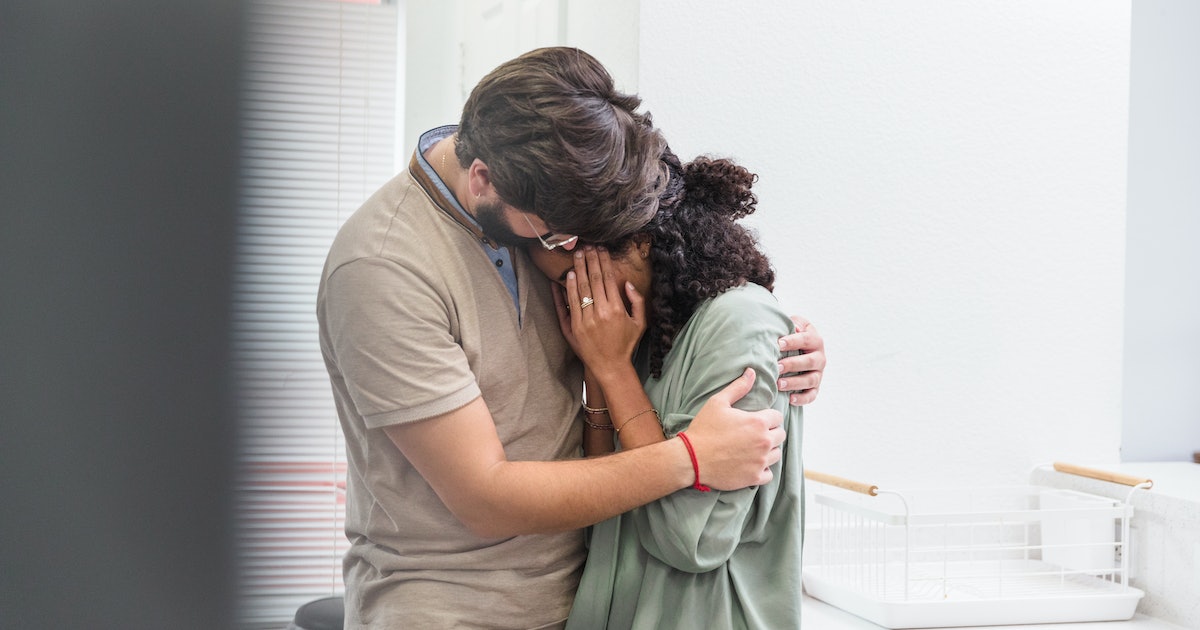 So your friend decides to forget the “12 week rule” and tells her family and social networks she is pregnant. She knows the stats – one in four pregnancies ends in miscarriage – but she wants to have the support of family and friends around her in case she needs it.

Then the worst happens: she miscarries. And she discovers many people around her, including health professionals, lack sensitivity when talking about the miscarriage. Some don’t even acknowledge her loss.

Miscarriage in Australia is defined as the loss of a fetus before 20 weeks. From a medical perspective, miscarriage is easily managed as a “routine pregnancy complication”. Emotionally, however, it can take a massive toll. As one interviewee in our yet-to-be-published research explained:

Women who experience miscarriage frequently feel grief and loss of a similar intensity to other major losses. It’s common to have clinical levels of anxiety, depression and post-traumatic stress disorder (PTSD) in the weeks, months, or years following a miscarriage.

Family, friends, and health professionals play an important role in supporting women affected by miscarriage: what they do or don’t say can have a lasting impact. Yet our cultural discomfort with discussing any sort of loss – especially one that is “unseen” – means women are often met with a wall of silence.

It’s a bit like postnatal depression….people just don’t talk about it. (Linda)

So how can we support women better? What do women need from family, friends and health professionals at the time of a miscarriage?

While there is limited evidence-based research, our yet-to-be-published pilot study of 14 women who had experienced miscarriage found their needs align with advice currently provided by Australia’s pregnancy loss support organizations. Here are the key dos and don’ts:

1) Acknowledge their loss. While you may worry you will say the wrong thing and upset them further, saying nothing at all is worse. It can make women feel you don’t care or think their loss was insignificant. All you need to say is: “I’m sorry about your miscarriage.”

2) Listen and let them grieve. Many women need to talk about their experience. Ask them how they are. Some women find it really helpful to talk about how they are feeling, others may not be ready but will appreciate you asking.

Talk to them, listen. Don’t just try to sweep it under the carpet … Give the person the opportunity to grieve, because you have lost a child…. (Jane)

3) Encourage them to talk to other women who’ve had a miscarriage. It’s often only when women start to talk about their miscarriage, that they find out others around them have experienced miscarriage too. Knowing they’re not alone and that others understand how they’re feeling can be really helpful.

4) Offer practical support. Drop off a meal or help with childcare. Gifts and flowers show you care and are acknowledging their loss.

5) End the silence around miscarriage. Women want miscarriage talked about more openly so they don’t feel so alone.

1) Avoid clichéd comments. While well intended, comments such as “it wasn’t meant to be” or “it’s so common” can be hurtful and dismissive of their loss.

People saying, ‘oh you know, you’ll get pregnant again’ or ‘oh it wasn’t meant to be’. You know, that’s just the worst thing to say. And so many people say stuff like that … (Samantha)

2) Avoid blaming and offering unsolicited advice. Be sensitive and empathetic; don’t offer advice that could make a woman feel she is to blame.

lots of unhelpful, unsolicited advice… it was all about ‘you’re working too hard’, ‘you’re stressing too much’, ‘you’re over-thinking it’. (Amy)

3) Recognise grief doesn’t have a time limit. Women’s levels of grief are not contingent on how many weeks pregnant they were – their baby has died. It’s OK for them to work through their grief in their own time.

Where to go for help

Outside social networks, there are a number of vital pregnancy loss support organizations across Australia which provide information, support and bereavement care to women affected by miscarriage. These include:

For further psychological support, Medicare covers up to three pregnancy counseling sessions through a referral from a GP.

Improving support for women affected by miscarriage starts by speaking openly about it and letting women know they are not alone in the experience.

This article was co-authored by Anita Guyett from Sands Australia, a miscarriage, stillbirth and neonatal death charity.

This article was originally published on July 19, 2018

Today in Retail: Rent the Runway Gets Boost

A Genius Spice Jar Hack to Unclog It *Without* Shaking