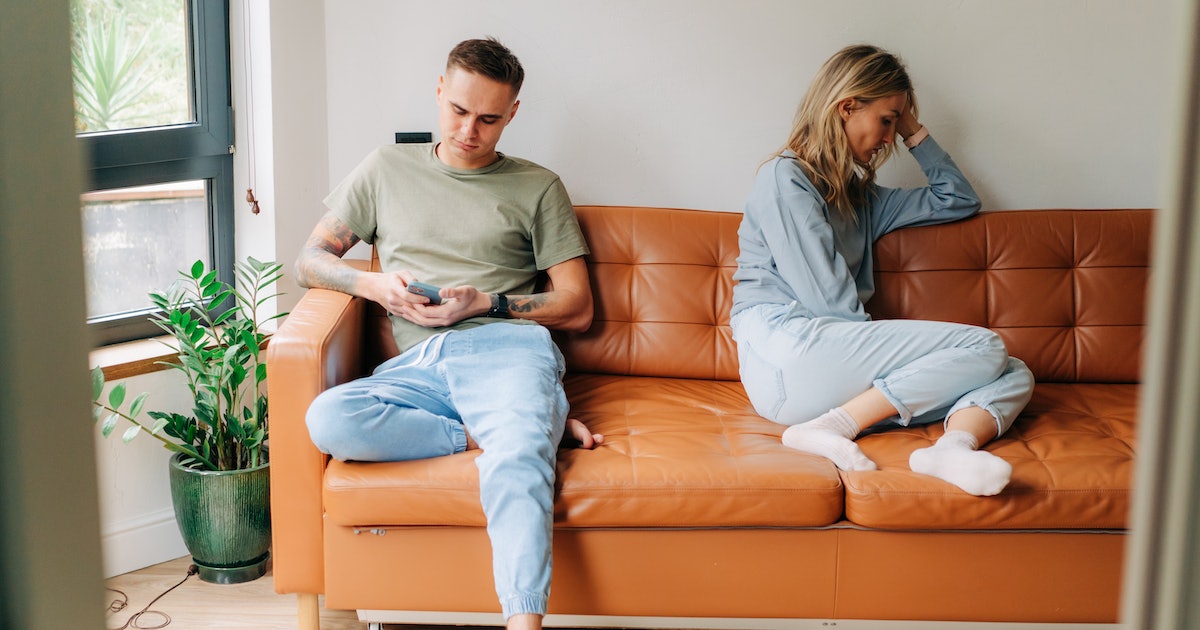 I often meet with couples who have a hard time seeing eye to eye on how their partner spends their time.

A few weeks ago, I was sitting with, let’s call them Henry and Cara, and they were arguing about their weekend. Cara was upset with Henry because they didn’t get as many tasks done over the weekend as she had hoped.

“You don’t get it,” she said. “We have so little time during the week. We can’t just hang around all weekend.”

“I get no time with the kids during the week,” Henry replied. “If I want to go to the pool or play a game in the yard on a Saturday, then that’s what I am going to do.”

“Must be nice,” Cara said. “But it’s not realistic. We have a lot to do…laundry, getting the grocery shopping done, fixing the yard.”

When Cara told Henry that taking time to rest and play isn’t realistic, he snapped back that always being busy is no way to live life.

For Cara and Henry, this is a common thread — she gets frustrated when he wants to put his feet up after a long day of work instead of doing another task. He gets frustrated that she won’t just sit down with him at the end of the day and chill out.

Cara and Henry, like many couples, had different philosophies about free time. Every time they engaged in the conversation they ended up in a stalemate.

It’s easy to see why. Time is valuable and should be spent wisely. The core issue is that people often have differences in what they believe should be done with their time, and those differences can lead to judgment and criticism.

In Dr. John Gottman’s research on relationships, he found that there are two types of problems that couples face: perpetual and solvable. While there are many reasons (including mental load issues) for arguments about how time is spent, I’d like to focus on the concept of perpetual problems.

Solvable problems tend to be about tasks — how do we want to clean the house? Which school do we send our kids to? How do we decide together to save money?

In the case of Henry and Cara, the perpetual problem was “How should people spend their ‘downtime’.”

When couples get stuck on proving who has the correct philosophy regarding an issue, rather than figuring out solutions that work for both of them, they become gridlocked. They never come up with a solution and their problem perpetually becomes about who is “right” and who is “wrong”. The issue is that neither philosophy is necessarily wrong. So couples are fighting a losing battle to find who is right.

The first step is to explore each other’s philosophies on the issue. Have a willingness to move out of your position and into curiosity.

Henry: “Okay, I know we fight about this every weekend. I don’t want us to anymore. I want to understand you better. Tell me what you think about how we should spend our downtime?”

Cara: “For me, having extra time on the weekends to get things done is really important to me. I like to be able to finish it all as quickly as I can so that for the rest of the weekend or during the week I don’t have too much to worry about. Can you tell me more about what you believe people should do?”

Henry: “I just think we are going to have a lot of stuff to do either way. We are so stressed during the week that as soon as the weekend hits I want some freedom and I want to have fun with the kids. I think life is short and there are always more tasks today – I just want to live a little sometimes.”

In this example, the couple discovered fundamental truths about each other’s downtime philosophy. Henry thinks it should be used for rest, fun, and freedom; Cara values productivity and organization. That knowledge will help them move forward and find a viable solution.

Will it play out like this exactly? Of course not. But the end result is the same. When couples take time to understand each other’s philosophies, they can move out of an “I am right and you are wrong” stance and towards curiosity.

Because the reality is that neither is wrong. Yes, downtime can be used for fun and play. And, it can also be used for getting things done. If they were living independently neither way of living would be wrong. But together, they need to understand they have different beliefs and desires.

When a couple lays down a foundation of understanding, they can create a more collaborative approach to navigating their time together.

It boils down to making a commitment to focus on compromise in your relationship. That is, have a willingness to understand your partner’s philosophy and work together so you can have a relationship that honors you both.

This is easier said than done, of course. Compromise is hard. Really hard. It requires flexibility and the ability to provide proper feedback. Also creative thinking and a willingness to see your partner’s perspective as just as valid as your own. But the healthiest couples try to compromise whenever possible.

In order to compromise, I’d recommend John Gottman’s compromise activity in which you take time to explore each other’s flexible and inflexible areas and then come together to create an agreement that works for you both. It helps.

Together, they decided to get all of the tasks of life out of the way on Saturdays whenever possible so that they could both have freedom and rest on Sundays.

It worked for them. Now it’s your turn. Think about a problem you and your partner come up against time and time again (no pun intended) and think about the ways in which you can be flexible while still making sure that you get your needs met.

Growing concerns for welfare of teenager reported missing from Bishopton