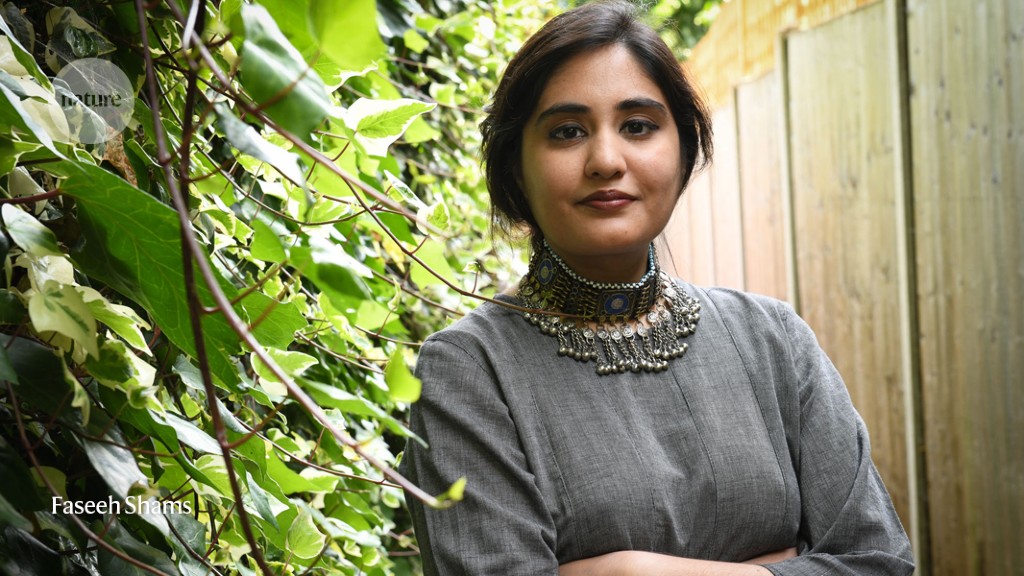 Lalah Rukh is a science communicator and founder of Science Fuse, a non-governmental organization in Lahore, Pakistan, that is working to promote access to high-quality education in science, technology, engineering and mathematics (STEM). Launched in 2016, Science Fuse designs and delivers informal educational workshops, training and resources that build children’s scientific literacy and passion for STEM. It uses a sliding-cost model to engage with schools that serve children from diverse socio-economic backgrounds, including using donations to take free scientific demonstrations to the poorest communities. Rukh speaks about her motivations for founding Science Fuse.

When did you first get interested in science and science engagement?

My interest in science began when I was 12, after reading an article about personalized medicine in a children’s magazine published by a leading newspaper in Pakistan. I was fascinated by this idea, and I cut out the article and pasted it by my bedside so that I could see it every morning when I woke up.

In 2003, I moved back to Norway, where I was born, and studied molecular biology and biotechnology at university. But I realized that I didn’t enjoy doing science in the laboratory as much as I enjoyed engaging people with science. So, I joined Forskerfabrikken, a non-profit organization based in Oslo that encourages children to engage with science. We organized hands-on science programmes for schoolchildren. I worked there for five years as a science communicator, and I learnt about science engagement and social entrepreneurship. I discovered the core features that make for great small-scale school exhibits, and I saw how the organization established revenue streams and structures to expand its team and expertise across Norway. And I realized that science communication is where my passion truly lies.

Where did the idea of Science Fuse come from?

In summer 2013, when I was in Pakistan to get married, I visited a small charity-run school for children living in one of the poorest neighbourhoods of Karachi. I did a 3-hour science workshop for the children with fun demonstrations — from creating giant bubbles to making beads that change colour under sunlight, and chemical reactions that make water ‘pop’. There were big smiles on the children’s faces and the experiments sparked their curiosity. It felt more meaningful for me to do this kind of work in Pakistan. Since 2016, Science Fuse has reached more than 45,000 children, trained 650 teachers and nurtured a community of more than 200 science communicators. We have worked closely with about 250 schools and partner organizations to deliver world-class science education across the country.

Why is it important to boost STEM education in Pakistan?

In Pakistan, 44% of children are out of school, one of the highest percentages in the world — and the majority of those who do go to school attend low-income private or government schools. Many low-income families don’t have access to good-quality STEM education.

This is a social-justice issue. STEM skills are important for any job, and children need them to excel. Science allows us to ask questions about life and the Universe. But in Pakistan, many people, especially children, and girls in particular, are discouraged from asking questions at home and in schools because of cultural and religious beliefs. It’s important that we use STEM education to empower children.

What are some other barriers that hinder girls who want to study STEM subjects and pursue STEM careers?

There are many social biases, including cultural stereotypes, keeping girls away from STEM in Pakistan. Sadly, many parents and girls believe the stereotype that boys are better at science, because they see STEM as male-dominated. Parents also want their daughters to get married — they fear that if their daughters study science, they’ll end up unmarried. A 2016 study by the British Council, a cultural and education exchange organization based in London, surveyed more than 2,000 girls in Pakistan and found that they believed their male counterparts were more intelligent and naturally gifted at science. So, if a particular gender thinks that they’re not good enough to study STEM, it’s difficult for them to pursue STEM careers.

We need to change the mindset of people including girls, policymakers, parents and communities. We get support from Malala Fund — a Washington DC-based organization lowering barriers to girls’ education, which was founded by Pakistani activist Malala Yousafzai, a winner of the Nobel Peace Prize — to design science books and posters depicting female scientists. They feature Pakistani scientists such as Nergis Mavalvala, an astrophysicist who grew up in Karachi and was part of the team that first detected gravitational waves, and Tasneem Zehra Husain, the first Pakistani woman to pursue a PhD in string theory. These posters are especially important for girls, because ‘if they can see it, they can be it’. We want young girls and boys in Pakistan to grow up reading stories of incredible female scientists who changed the world with their hard work, wisdom and grit.

What do you find most interesting when teaching children about science?

Curiosity! Whenever I perform scientific experiments with the kids, I see their eyes light up with a great sense of wonder, and they ask amazing questions about how the Universe works and many other things. That gives me a lot of joy that I can’t describe. It’s what I love.

This interview has been edited for length and clarity.