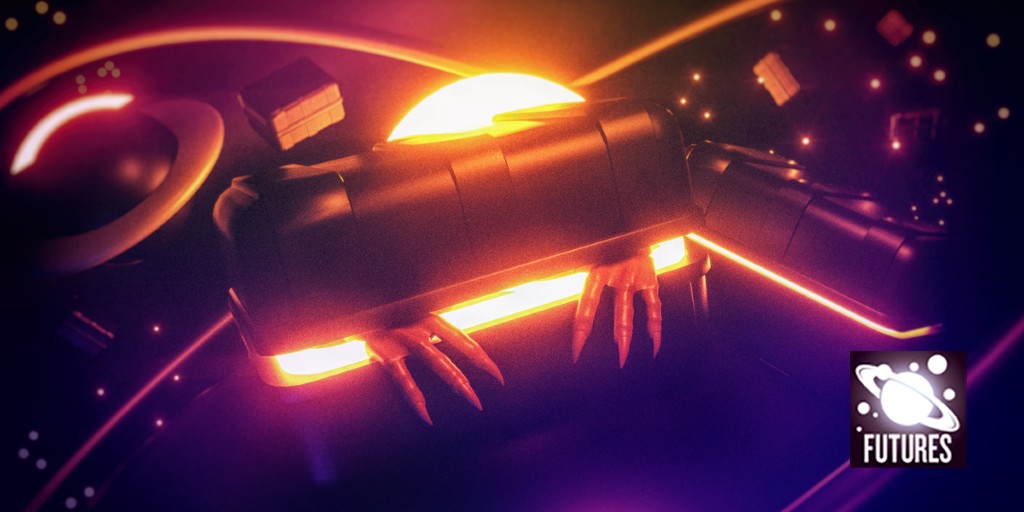 Comments: Hello, is this recording? Hi, yes, I’d like to make a complaint. My bags never arrived, and that’s a problem. A real big problem. I don’t want to worry anyone, but, um, I would recommend that other travellers keep an eye on their limbs for the next while. Make sure your legs are tucked in, your arms close to your chest, that type of thing. For the record, this isn’t my fault. It’s this shoddy spaceport. Someone like me — I’m used to travelling in comfort. The spaceport down in NQ4 was classy, real classy. Free drinks. Free peanuts. And the best part? Competent staff who didn’t lose my baggage! I just want it on the record that the responsibility for this mess isn’t on me. Like I said, maybe keep an eye out for the next while.

Comments: WHY HAS SOMETHING TAKEN A BITE OUT OF MY BAG?

Comments: I’d heard the reviews about this place, so I wanted to check it out. I’m someone who wants to throw themselves into the worst of it, just to see if I can handle it. I’ve had icicles form in my eyes on MOA-192 b. I spent two years in an underground prison on a forgotten moon. My flesh bubbled near V Hydrae. And you know what? None of that is comparable to the customer service I received here. First of all, when my shuttle was late, the guy at the desk didn’t care in the slightest. “It happens,” he said. It happens! He certainly wasn’t bothered by the fact that I had a connection to make. I thought that would be the worst of it, but then the screaming started. I only saw a flash of it, myself. The tail. The three eyes. The bloody fur. Someone was screeching and holding their arm, which was half-dangling from a mangled shoulder. So obviously I ran back to the employee at the desk. He shrugged. “It happens.” I should add that my luggage never arrived, either. But I’m not sure if I can complain. At least I lived. That’s how low the bar is here.

Comments: I think there’s been some sort of mix-up. Everything looked fine when I got my suitcase out of the spacelock. It was only when I opened it that I realized my stuff was gone. No, not gone — eaten, more like. There were some half-chewed clothes, and the rest of the remains were covered in some sort of weird gelatinous lumps. Reminded me of fish eggs, actually. I’m not sure what to do or if there is some sort of process for this situation. Will someone please get back to me?

Comments: This is urgent. I want to follow up on my complaint from yesterday. The lumps are growing larger, and it looks like they will hatch soon. Please advise.

Comments: My name is Michael Kolan and I am Sara Kolan’s husband. She checked into her hostel a few days ago and I haven’t heard from her since. Do you know if she took another shuttle? Have you heard from her at all?

Comments: I came to help — that’s the thing that bothers me the most. I majored in outer-planet physiology, after all, and I graduated at the top of my class. The rumours of some sort of beast were too much to resist. I figured this would be a chance to prove myself; if I could figure out whatever this thing is, maybe I could finagle my way into a job. No one wants to hire outer-planet physiologists. Anyways, my problems started right away. How in the world could I do any work if my equipment was lost en route? My heat sensors, my stun rods, my computer. Gone. And all that belonged to the university, so I need to pay that back. How can I make a claim? The employee on shift was no help at all. He told me to fill out a form, but I saw him delete it right after. He doesn’t know how lucky he is — a cushy job, a pension, benefits. I hope he gets eaten.

Comments: Hi, I’ve never travelled by spaceport before. I noticed a hole in my suitcase, and it’s been leaking some sort of weird fluid. Do you know how I can clean that? Thanks.

Comments: Five of them. That’s how many came bursting out of my bag, claws outstretched. I’ve never seen anything worse than those talons. I tried to fight them off. They were larger than I was expecting, that was the problem. Other guests heard me screaming. They broke down the door and tried to help. Some of them got bitten badly — I’m talking huge chunks of skin. We ended up stabbing those things through the eyes. Right at the end, before it died, one of them sliced through my leg. I was in the hospital for days. I’ve been in contact with others who went through your spaceport lately, and all of them are having the same problem. We almost died. Can I speak to a manager?

The story behind the story

E. J. Nash reveals the inspiration behind Baggage claims at the worst-reviewed spaceport in the Galaxy.

Years ago, I was in a used bookstore when I encountered a book with a bite taken out of it. Teeth marks stretched from cover to cover.

The book was The Wind-Up Bird Chronicle by Haruki Murakami, which I had wanted to read for a while. I was unsure if I wanted to read a book that had once been a snack. I ended up buying a different copy, although the image of a large novel with a rather impressive bite stayed with me. What could have chomped through so many pages with such a clean bite? This story features monsters that crave luggage instead of books, but either way, there are some very hungry critters out there.

Mother, Daughter Share a Bond Beyond the Biological: ADAA Membership, Opportunities, and a Path...

At the Core, Tuskegee Has Never Been Resolved – The Health Care Blog