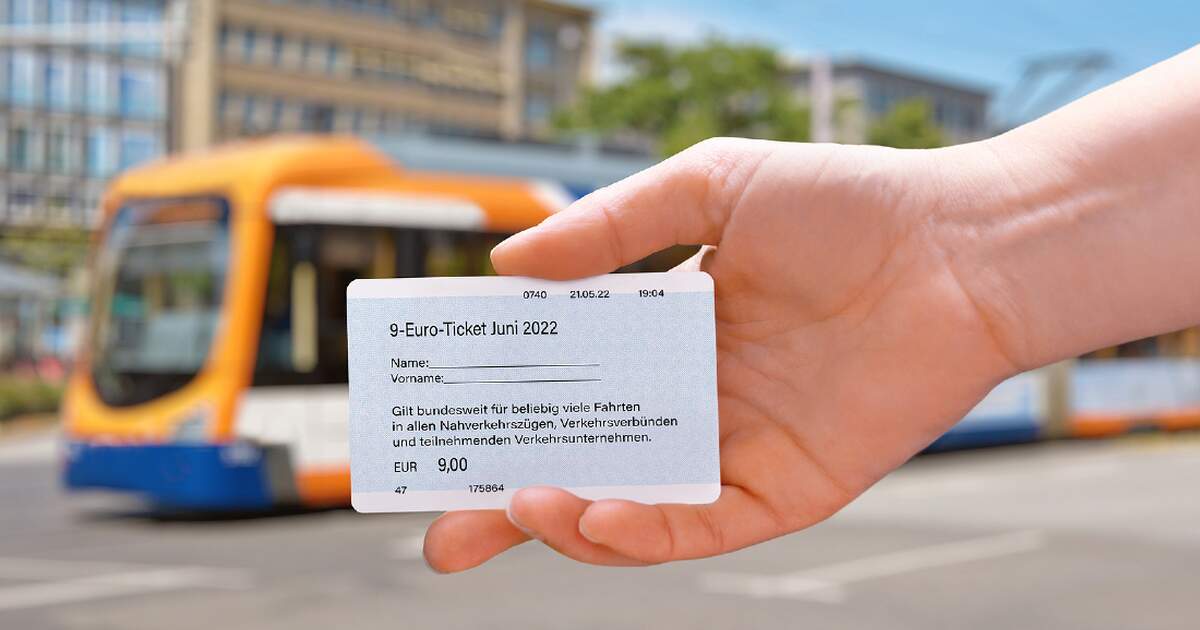 The 9-euro ticket is certainly the main headline news for June 2022 in Germany, but there’s plenty else on the cards this month as the summer gets going. From cheaper petrol prices to COVID certificate expiries, here’s what expats should look out for in June.

After a whole lot of build-up, the wait is finally over: the 9-euro ticket scheme gets going on June 1, 2022 and will give ticket holders unlimited travel on public transport across Germany for just 9 euros per month.

If you haven’t got yours yet, you can buy the 9-euro ticket from Deutsche Bahn and plenty of regional transport associations on the internet or via the app, with the ticket displayed on your mobile phone. If you prefer paper tickets, they are available from most ticket machines and in service centres. People with season tickets or subscriptions will be automatically reimbursed the difference.

The ticket is valid nationwide for second class travel on buses, trams, S-Bahns, U-Bahns, local and regional trains – regardless of whether they are operated by Deutsche Bahn or other providers. Long-distance trains like ICEs, ICs, Eurocitys and FlixTrains, and long-distance buses, are not covered by the ticket.

After the Russian invasion of Ukraine caused petrol prices to skyrocket across the world, the federal government promised relief for drivers in Germany by reducing taxation on fuel for three months. Until the end of August, therefore, the tax rate on petrol will be reduced, by 29,55 cents per litre and the price of diesel by 14,04 cents per litre.

Experts are predicting that the sharp drop in prices might cause a run on petrol stations in early June (fuel tourism from the Netherlands is also a strong possibility), so the advice is to not start the month with a nearly-empty tank.

Elsewhere in transport news, the train summer timetable gets going on June 12. Major changes include Deutsche Bahn resuming a direct connection between Berlin and the North Sea island of Sylt, one of the country’s primary holiday destinations. The city of Chemnitz in Saxony will also be reconnected to the long-distance network after nearly 15 years, with direct connections to Berlin and further afield.

And finally, in what is a transport-change-heavy month, Deutsche Bahn has announced it will abolish its BahnComfort customer loyalty programme from June 13. In future, only the BahnBonus programme will be available, with three new “status levels” promising different benefits, including access to the Deutsche Bahn Lounge.

When the first digital COVID vaccine certificates were issued in Germany last year, they came with a technical expiry date of one year included in their programming. This date is now fast approaching, leaving lots of people confused about what to do.

The Robert Koch Institute has clarified that updating the digital certificate is a mere formality that should soon be possible via Corona-Warn-App and CovPass app – a new jab is not required. The apps first need an update, which should happen before the first certificates expire, so nobody gets left in the lurch over the summer holidays.

The so-called 3G rule for travel is set to be eased from the beginning of June due to falling COVID rates, meaning travellers won’t need to present proof of vaccination, recovery or test in order to enter Germany. Stricter rules will remain in place for virus variant areas – but currently, no country is defined as one. Germany will also recognise any vaccine approved by the WHO from June onwards, rather than only EMA-approved ones.

7. No longer possible to get sick notes on the phone

The beginning of June marks the end of a special regulation that allowed workers in Germany to obtain a sick note from their doctor over the phone. In future, anyone wanting to request sick leave in case of illness will need to visit their doctor’s surgery in person.

Another government measure to cushion people from the rising cost of energy is also arriving in June: 2,1 million people across the country will be receiving a one-off subsidy to help them with the cost of their heating.

Recipients include people studying in Germany who receive a student loan but don’t live with their parents, people who get housing benefits, and people who receive vocational training grants. The subsidy will be paid to eligible people directly; you don’t need to apply.

9. Easier for nationals of five countries to exchange driving licences

Anyone who has been in Germany for more than six months must exchange their driving licence for a German one. From June 1, this process will be made easier for nationals of five countries – the UK, Albania, Gibraltar, Kosovo and Moldova – for instance by no longer requiring them to take the practical driving test, the theory test, or either.

Employees at Germany’s favourite discount supermarket chains can look forward to more money in their pay packets from June onwards, after both companies opted to increase their minimum wages.

Workers at Aldi Nord and Aldi Süd who are on minimum wage will see their pay increase from 12,50 euros to at least 14 euros per hour. Employees covered by collective bargaining agreements at Lidl will also get a pay rise, with wages increased to at least 14 euros from the beginning of June.

How To Get Rid Of Back Acne (‘Bacne’)